Hi everyone,  we are John Bergmayer (Senior Counsel), Chris Lewis (Vice President), and John Gasparini (Policy Fellow) from Public Knowledge, and we advocate on behalf of consumers. We're here to talk about the AT&T/Time Warner merger. Ask us your burning merger or video marketplace questions! 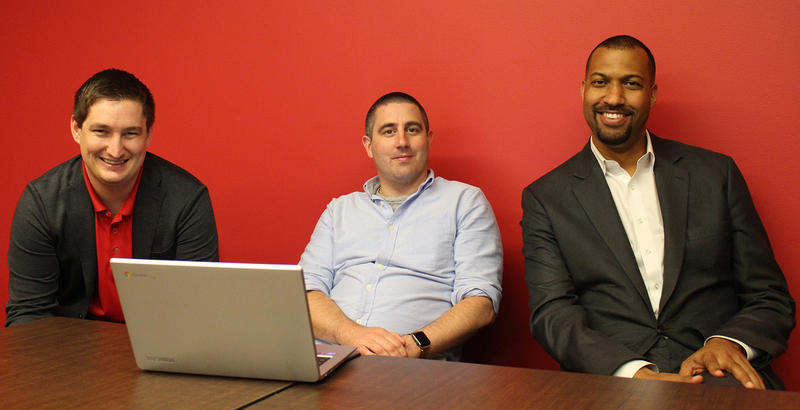 @f.sjl: Does the argument that this isn't that big of a deal because its mostly a vertical integration pass muster? No. Vertical mergers have to be looked at based on their specific facts. The ultimate test is whether they harm consumers.

Antitrust isn’t just a matter of counting noses in a retail market--look at Comcast/TWC which didn’t result in the loss of a retail competitor but still was viewed as anticompetitive.

@garys.johnson: Why should the government have a role in preventing private companies from merging? Are there any long-lasting instances of a monopoly in telecom that wasn't backed by government regulations and/or subsidies and was bad for consumers? The DoJ is a law enforcement agency, and Congress passed the antitrust laws. There are good reasons to protect competition, of course.

Yes. Telecom market power has in part been enabled by government rules that restrict entry.  But there are also natural monopoly factors. We are still dealing with the same companies that first installed wires--the corporate descendents of the Bell System and the first cable companies.  Overbuilding is rare and very expensive, as Google Fiber has shown.

@storer860: What do you believe is the regulatory basis for the FCC getting involved in this deal?  What legal basis do you think the DOJ could use to reject it? The DoJ would reject a deal if it violates the antitrust laws; that is, if it is a merger that would restrain competition. The FCC would review the deal if there were license transfers.  We know that TW controls dozens of licenses that are subject to FCC review if transferred.

We also know that the companies are determining whether AT&T actually needs to buy them or if there is some way to avoid public interest reviews of those transfers. We just have to wait to see what they try to do. The FCC also has Clayton Act power to review mergers involving common carriers but the license transfer issue seems to be the more significant factor.

@storer860: Thanks for your response. Be as cynical as you want, why do you think they want to merge?  I’m sure they have a business case. Whether it’s a good one, I don’t know. It seems like the kinds of ways you could make money from a deal like this, are the reasons why regulators would be skeptical.

For example, charging competitors more for TW programming, to give a boost to your own distribution businesses.  Lots of mergers end up being bad for investors, and are a matter of empire-building by execs. But it’s not really our job to explore those angles, enticing as they are. See: http://bitly.com/2fwi06c

@sam.ward: What would be your quick elevator pitch on what is likely to happen from the merger? Whether the merger gets approved can’t be predicted right now. These reviews can take months if not a year to resolve. AT&T and Time Warner have not even submitted their documentation to the government yet for review.

What we expect is that the appropriate agencies conduct a thorough review. That is their responsibility. We can also expect Congressional hearings to help bring the concerns of the public into the debate. In the end, we believe that anti-competitive mergers should be blocked.

@ken.m: I think the govt should unplug the internet on Sundays so more people would go to church. I see what you did there “Ken. M”!  What is great about competition and an open internet is that Americans have the right to choose when and what the view online… from church services to other stuff!

@prince.allee: If I'm a private company, why should the government weigh in on whether my product is good for consumers or not? Consumers can decide with their own wallets without being babied by big brother.  The government is not deciding whether AT&T/DirecTV’s video services are good or not. The role of DoJ/FCC would be to decide whether this merger would unlawfully restrain competition.

Ultimately is is competition that would deliver good video services to consumers.  The government's role is to help ensure that competition continues.

@ervin.oliver: I've been listening to the cable company PR people arguing for this deal saying that Facebook and Google have way more users than AT&T and Time Warner combined, so why are they held to a different standard. How do you counter that argument? Well, all mergers that could restrain competition are subject to DoJ review. But it is true that telecom/cable companies who control last-mile infrastructure are sometimes held to a different standard.

This is because their markets are less contestable and more subject to natural monopoly effects. MySpace gives way to Facebook, Yahoo gives way to Google. AT&T endures.

@ervin.oliver: I feel like they are essentially saying hey we are small beans, leave us alone. We want to do this to bring new innovations to the market. Sounds like BS to me.  At the same time, when there are problems in edge provider markets (such as privacy issues or competition issues) we support policymakers taking a hard look!

@mississippi.pepper: You're probably reading the positions all the other think tankers are putting out. Who is making the best argument FOR this merger?  I don’t agree with it, but Hal Singer has argued that the conditions on Comcast/NBC worked. Since PK has a complaint under those conditions and because Comcast’s compliance was an issue in Comcast/TWC, I don’t agree. But that’s an argument in favor of the merger. The argument I usually hear, though, is not an argument that the merger is good per se but that it doesn’t cause harms.

Oh, and I guess some people are arguing that mergers like this are the result of Title II (Mercatus, for example, or people affiliated with it have made that claim). In general I have to say I prefer to allow our opponents to make their own arguments.

@biggs.boggs: Would you be okay with this deal if it didn't involve anything related to ISPs?  I can’t say that we’d be “ok” with any deal whose facts are not before us. We tend to focus more on deals that involve ISPs, cable companies, and/or media, but that’s a matter of institutional expertise. Like, if we don’t weigh in on an airline merger that doesn’t mean we think it’s fine, it just means it’s out of our wheelhouse.

@public.knowledge: Thanks for joining us today! Don’t hesitate to reach out to us at Public Knowledge if you’d like to talk further about the merger. You can also view our release from today’s news covering the DOJ suit of AT&T/DirecTV.